Our Structural Staff Can Cook 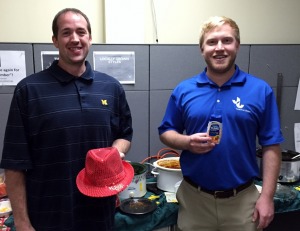 Since the cook off rules state that the same recipe can’t be used two years in a row, John, the reigning champ, tweaked his recipe using dried cayenne peppers from his garden. This was Alex’s first chili making endeavor, and he used a recipe from the internet changing it up a bit with jalapeno and anaheim peppers.

The winners fittingly received a bottle of antacid to be shared with the remainder of the office staff. Congratulations John and Alex!